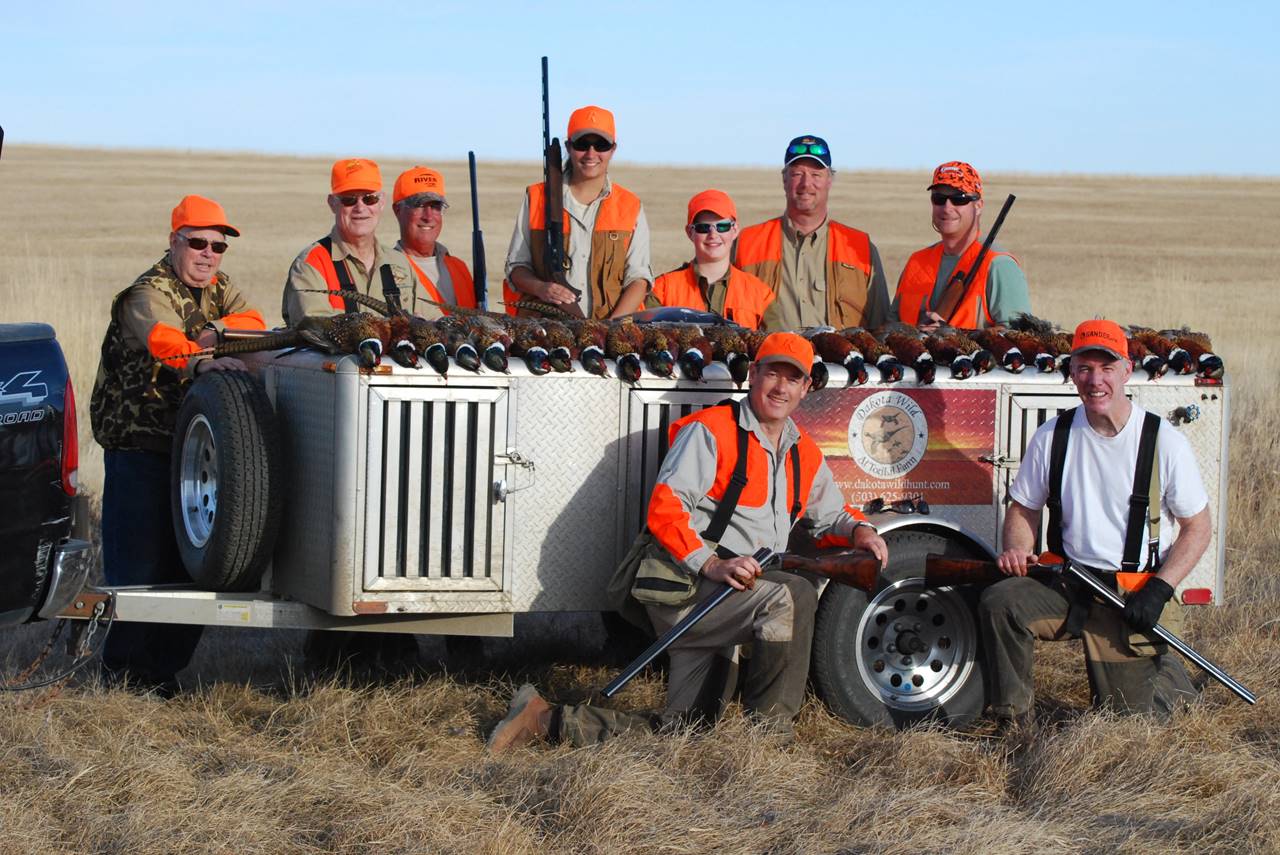 During the 1960’s a large chunk of my boyhood was spent in earnest pursuit of wild pheasants in the Amish country of Lancaster County, Pennsylvania and in Carlisle, Pennsylvania. The hunting wasn’t bad back then. A full day of serious walking behind a good dog during the early part of the season would usually produce a limit of two roosters, even with a few misses, which I was prone to do. Typically, my father and I would see 30 maybe 50 pheasants during a full day of hunting. As a kid I walked the pheasant fields with my father who taught me the upland bird hunting trade. Dad carried his old Parker Bros. DH Grade 12 gauge side by side, the same gun he had used as a kid. Back then I used a single shot H&R 20 bore hammer gun. Although the bird hunting in Pennsylvania has long since declined, my boyhood hunting experiences set the stage for what happened in South Dakota many years later.

Fast forward 30 years to 1992 and my cousin, Ed Brooks, and I first experienced the beautiful South Dakota prairie and the extraordinary population of wild ringneck pheasants that inhabit the seemingly endless fields of South Dakota prairie. Responding to a newspaper ad in the Seattle Times classifieds (of all places), we visited a farm in Presho, South Dakota for our first South Dakota Pheasant Hunt.

To put it bluntly, we were dumbstruck by the vast number of pheasants. We saw swarms of pheasants – sometimes we would see over a 1,000 wild birds a day. We had so much fun bird hunting in the prairies, we decided to make the South Dakota pheasant hunt an annual event. First impressions are often the most accurate and each visit to the farm in Presho rekindled our amazement at seeing so many wild pheasants.

Over the years, we became good friends with Mark, the farmer that owned and managed this great pheasant hunting property. When his brother decided to sell a portion of the farm that also happened to be the choicest piece of pheasant hunting property on his entire farm, I couldn’t pass on the opportunity and my law partner, Ken Schubert and I purchased 480 acres and ToriLil Farm was born. We had personally seen over a thousand pheasants just on those 480 acres in one afternoon of hunting and we had never even hunted opening day.

Ken hunted with a Golden Retriever named Tori, which means bird in Japanese. I hunted with an English Setter named Lilly. Put them together and you get ToriLil Farm. Over the years I bought out my partner, Ken, and purchased additional acreage and worked on numerous habitat projects to improve things. I now own 1,000 acres and lease an additional 5,000 acres. We are fanatical about developing and maintaining habitat on our farm for wild pheasants and are always developing new habitat projects. 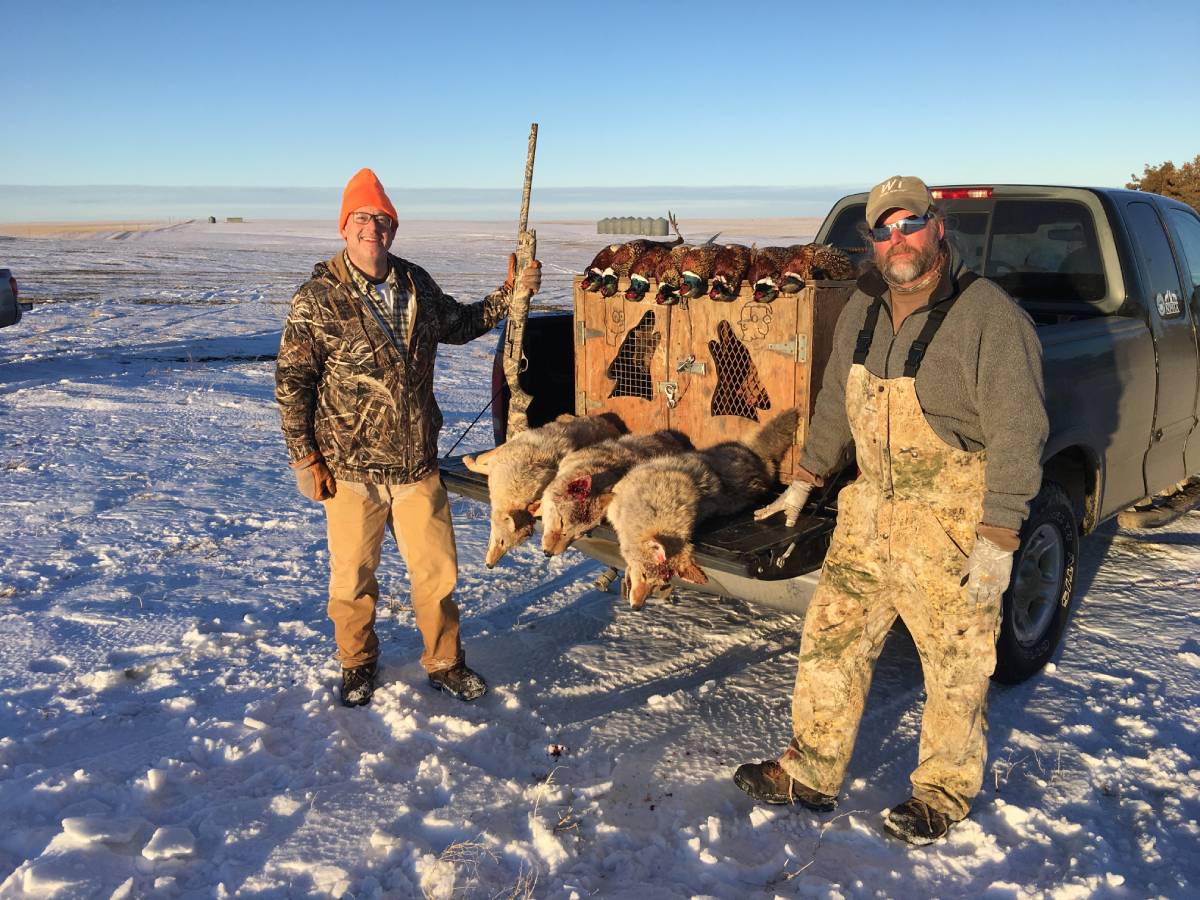 Over 15 years ago, Randy Roede, became huntmaster and head guide at ToriLil Farm. Randy did a fantastic job and all my hunters loved hunting with Randy. He became a good friend to all who knew him. In 2017, Randy was tragically killed in an automobile accident when a semi truck crossed over into Randy’s lane causing a head on collision. Randy will never be replaced and I’m convinced he smiles down on Torilil Farm, a place he loved as much as I do.

Bill Feller is our new head guide and he has a fantastic bird finding machine named Squeeks. Squeeks is a Mountain Cur and she is all business when it comes to finding pheasants. Bill was a good friend of Randy. So, by having Bill take over as hunt master, it’s kind of like keeping it all in the family.

We all miss Randy, but we are very grateful for all the good years we had hunting together and sharing a strong friendship. There is a big rock that sits up on the hill overlooking Golden Pond with Randy’s name on it and a picture of Randy with Hauss and pheasants flying, and coyotes howling. I know he would like it.

Dakota Wild at ToriLil Farm is not a farm in the traditional sense, but rather over 6,000 acres of the most meticulously managed pheasant habitat one can imagine.

Updates From The Farm

Food plots have been planted and are looking good. We are ...